How the telegraph changed the world

The invention of the telegraph did make the world a lot smaller. It help send information across the country faster than any vehicle.

Before the invention, information had to be send by horses, boats, trains, and any other transportation. This would take very long and it was ineffective for a lot of train stations. If a locomotive had to abort a departure than the communication would take a long time and it was usually by horses. After the telegraph was made this helped the train station be more effective by knowing exactly when the trains would go to which station. This made the stations much more smoother and have more departures and less waiting time for the people boarding on to them. Usually the telegraph wires were along with the railroads.


The government also used the invention for military purposes too. The government used this to send information and secret messages to other cities such as the capital during wars. It was used a lot during world war 1. This was also used in ships that would go over seas. But this was only used after the invention of the radio. Unfortunately the telegraph did not help the historic ship, "The Titanic." 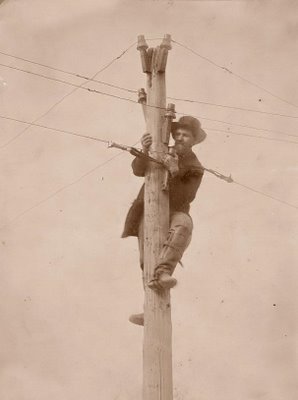